Sometimes, on the unconscious mind, love could grow without knowledge in our heart. Flourish and bloom, like a flower. However, something could avoid it to be ready to pick. Something that would let your heart experience the pain.

Love, Life and the List tell a story about a girl that have a dream to be a professional painter She started her dreams when she was younger. One day, she wants to enter art class during winter, it makes her think. Because, one of the rules said that before join the class, all members should have displayed their work on exhibition and would be great if someone would pay for it and love the portrait without any regret. 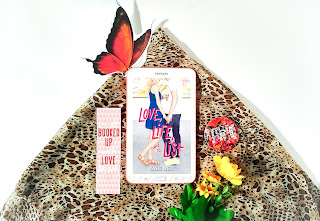 For that girl, the rule is complicated, therefore she needs to think harder to find a way out.  In order to get minimum requirement, she has to join in an exhibition and display her works, then if she’s lucky finding the right person to buy her paint. She needs to hurry before the registration is closed.

But, she has to encounter another problem when both of her best friends decided to spend their summer vacation by visiting another country. Means, only Abby and her other best friend name Cooper spend their summer vacation together. Before the vacation started, they decided to gather at the beach. Right there, Abby smells something wrong that is going on her whenever she is with Cooper. Yet, she could not anything, she won’t ruin her relationship with her best friends. But, something’s happened, Abby has to told the truth, what is going on herself. This is for her best and for her life as well. However, Cooper still considers her as his best friend.

I will write it little by little about what happened to Abby here in the story. Starting with Abby’s life, then her effort to find out herself, then her love’s life. For the portion of love story, I think it’s enough when it compares to her other book, entitle On the Fence.

If I was to be asked, what was the most memorable about this book, my answer was Abby’s Grandpa! Why? Abby’s father always works overseas, he rarely at home and spent almost of his life at work. He only could stay at home for two weeks, not enough for his family to spend their time with him. But, as for that certain condition, it made Abby used to it, especially when her Grandpa is always being with her and her mom. So, her Grandpa becomes the replacement father for her.

Abby’s Grandpa moved to their house after her Nanny died. He has a lot of the same characters and taste with Abby. Both of them, usually fight over sarcasm things. They always said sarcasm sentences. But, this was my favorite scene in this story. Actually, both of them fit together well. For the sarcasm, I think this is Abby’s power besides painting.

Her mother has anxiety to go outside since they were moved. This situation made her Grandpa worried much and tried to explain to Abby that there is something wrong with her mom. Absolutely, he worries about Abby’s mother because she is his daughter, whose parents won’t know about their daughter? Actually, once Abby’s mom has been a normal woman just like the other. But, since she hanged herself on this news everyday and became so anxiety about crime, viruses and anything that seems severe for her. Then made her stay at home and avoiding any conversation that would make her have to go outside. When his father at home, her Mom seems like a normal person. She’s gone outside with her Dad without hesitation. However, every time her Dad back to work, the anxiety’s came back to her. Anyhow, only one person besides her father that could make her go outside for a while, he is Cooper.

“My mom hated going to the store. She hated going anywhere outside of her comfort zone. Especially when my dad was gone.” ~ Pg 21

The List : Steps For Getting Out of Comfort Zone

Have you heard that to be successful you need to optimize the process even though if it’s pushing you to get out from your comfort zone. Here in this situation, Abby tries hard to do anything that she has not done yet. Something that she avoid, but right now it need to be done. During summer, Cooper accompanies her for the list, she forced herself to do anything that written down on the list. Such as, showing performance as an artist on the small theatrical music, which means both Cooper and Abby have to sing along during the performance. In the end, although both feel embarrassed after the performance, yet they feel so happy.

I won’t write about the love story in this book. However, one reason why I love Kasie’s works that she packed well the love story. In her books that I have read, On the Fence - Life, Love and the List - The Fill-in boyfriend - P.S I Like You, it raised the same theme about “Love is finally coming at last”. And it often happened when two young people had a good friendship then it ended both of them fell each other without them being noticed.

For the story, I really loved it, especially when Abby is working very hard to get what she really wants. As well as her process to know herself and being a good listener so she could find out that there is the truth that something wrong had happened to her mother. Even though I was curious about what was happening to Abby’s Mom because the story of her was not completely enough for me. And about sculptures as well are not having more portion of the story.

Overall, I love this book. And I recommend it to you if you really like or love to read  the Young Adult genre. Why? Because, the lead female in this story has a strong character and great ambition to follow her dreams. [Ipeh Alena] 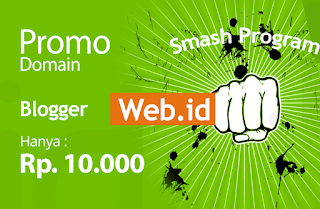 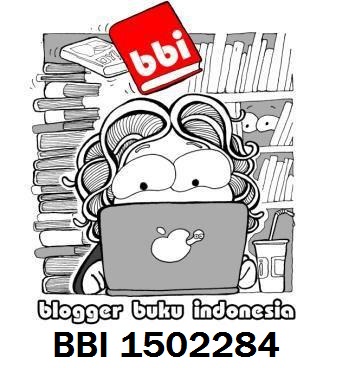